Burgos, December 15, 2021.- After 2 years of a global pandemic and a serious international economic crisis, the large multinationals have changed CEOs at: Amazon, Samsung, Twitter, Inditex, etc. The real reasons for the changes in each company are private, above all, considering their stock prices. Any added uncertainty can mean the loss of billions of euros in 24 hours. To find out if these CEO changes have been exemplary, I go to the Business School, IESE, specifically to a magnificent study on “The Succession of the CEO.” According to IESE:

The replacement of one leader by another has been a source of fascination and, also, of real conflict. The continuity or rupture of a situation is at stake, with very different consequences for winners and losers. In the company, the selection of the CEO is one of the most important decisions that a board of directors must make. This figure not only has an enormous impact on the company’s performance, but the succession process itself, on the one hand, profoundly influences the image that employees, investors, analysts, shareholders have of the organization and its leadership and on the other, it exerts considerable pressure on the entire management team, most notably if the candidate comes from outside.

In general, the CEO is aware that the last service he can perform for his company is to have someone better than him succeed him. As we will see, their collaboration in this task is, however, complicated in its design and in its implementation, since many factors come into play: the company’s progress, future plans, the CEO himself, the board of directors. administration or similar entity in family businesses, the selected candidates and the management team. The consequences of the success or failure of the election, and its subsequent execution, affect the entire company. It is surely the decision with the greatest internal and external impact on the organization itself.

However, what was perhaps previously valid or reasonable has now generally become counterproductive. In the corporate world, information flows astonishingly quickly in financial markets, every relevant decision is closely followed and its impact on the future performance of the company is judged. Who will be the next CEO is certainly a relevant decision. For this reason, the opacity of succession processes is no longer a desirable characteristic (Lorsch and Khurana, 1999). In fact, the lack of transparency can sometimes be interpreted as a desire to hide unfavorable information.

This demand for greater transparency has coincided with a fundamental change in the role of the board of directors. In the past, the CEO took the initiative to find a successor and the board simply initialed the election. Now, and especially since the enactment of the Sarbanes-Oaxley Act in the United States in 2002, as a result of various corporate scandals, the board must be a much more active body in the management of the company, which manifests itself among other things in paying greater attention to succession plans, in order to better select and assimilate new CEOs (Rothwell, 2005). Recent studies confirm that the role of the CEO has changed markedly in recent years (Lucier et al., 2007). Before, his power barely ran into limits. Now he must harmonize his work with that of a considerably more active board of directors and with the concerns of stakeholders much more attentive to the progress of the company. In these circumstances, the CEO who wants to respond effectively to all these demands will have to surround himself with a solid management team and a good group of trusted advisers.

The election of the top executive of a company is considered an interesting opportunity for the organization to adapt to the changing requirements of the environment. Research has been conducted that confirms the correspondence between external conditions and CEO characteristics (Finklestein, 1996). Similarly, there are studies that suggest that the profile of executives tends to align with the context created by the organization. For example, Drazin and Kazakjian (1993) found that high-tech companies, in an early stage of growth, tended to appoint CEOs with strong technological knowledge, while in more mature phases of the business they tended to lead the company with CEOs with experience in finance, administration or marketing. There are numerous models that advocate the need for managerial competencies to be in harmony with the demands of the position. The academic literature has devoted much attention to the debate between outsiders and insiders.

By the way, the role of the CEO in the corporate world already began to change before the Covid19 Pandemic. I underline below the reflection of a CEO in 2019, because it can be a path to explore today:

Mark Weinberger, EY Former Chairman and CEO: “In a previous generation, it was often enough for CEOs to succeed by charting a course by themselves, then expecting people to follow it. If the business executed well, the CEO would be rewarded. But that’s not the case anymore. Today, businesses are accountable to an increasing number of stakeholders – and everyone from employees to board members are looking to CEOs for a clearer sense of not just where they’re going, but why. That means we need to communicate our vision to stakeholders and convince them that we’re on the right path. Just as importantly, we need to communicate our companies’ values — and we have to back them up with measurable and verifiable action. Why? Because now CEOs speak on behalf of more people than ever, and we’re held accountable in more public ways. With social media, virtually everything a CEO says or does can be instantaneously scrutinized and has the potential to spark a controversy. And in a divisive political climate, our people, our clients and our customers increasingly expect us to speak out publicly when issues arise that conflict with the stated values of our companies. In the last few years, we’ve all seen the pressure businesses have faced when they’ve been perceived to stand on the wrong side of one issue or another. It all impacts an organization’s brand, which is an increasingly important currency. To be clear, I’m not suggesting that CEOs should act like politicians who espouse their views on purely political or partisan debates. But when there are issues that affect our business or conflict with our values as an organization, we need to have a voice in the conversation”. 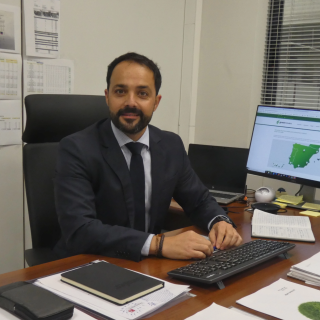